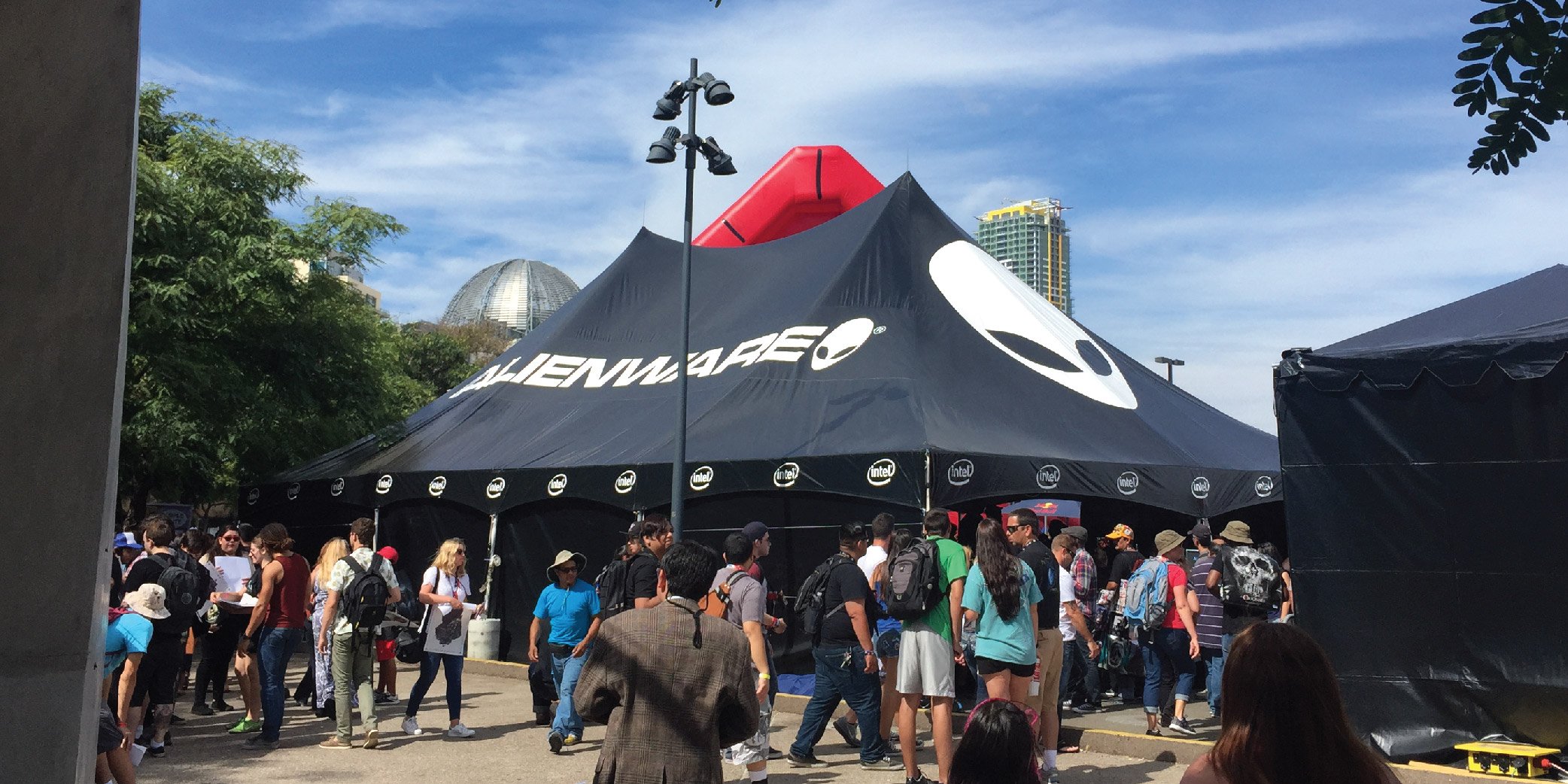 The Alienware Alpha Tour made a surprise stop at the San Diego Comic Con. They installed their tent and as soon as they were ready let people participate it became a crowded place full of event goers. They showcased their latest computers, laptops and of course, the Alienware Alpha. The Alpha is a very small gaming system that bridges the gap between PC and a gaming console for you to be able to play your much desired PC versions on a T.V. with an X-box controller. This also gives you access to your entire Steam game library so you can play all of your Steam games on it without having to plug your computer into the T.V. As mentioned before the tour also exhibited their latest and greatest computers, laptops, gaming headset and other fun items to immerse you into the entertainment of your choice. They also held a costume contest, a Mortal Kombat Tournament and other fun activities that kept the crowd engaged. Outside the tent they had their now famous Alpha truck which they take to all of their events.

Why was the tent important to the event?

The event was visited by thousands of people over the course of a couple of days and the Alienware Arena was one of the biggest attractions. This was the first year they showcased the Alpha and everyone in the gaming community was interested to see how it worked and felt to play. The thing is, Alienware needed a mobile structure they could take to their events. The other requirement they had was that it had to have their logo and their partners logo on the structure while being able to handle the incoming and outgoing foot traffic they projected to have through their event. So, what to do? Well, we manufacture tents of all sort. Portable, check. Printing, check. Large enough for crowds? Check. So we worked together to customize this tent with them to both reflect their brand identity, their partners, handle the foot traffic, be compatible with their kiosk, while having mobility for them to be able to take it to other events. So, we came up with a 40x60(ft.) double-high peak tent that would have printing reflect their partnership with Intel along with their logo. They also needed walls to keep the excitement within the tent and those experiencing the event free from distractions outside. The walls also included printing with their logo spread wide across the entirety of the tent.

How did it turn out?

So, you're probably wondering how the event turned out. Well, it was a huge success and they even made a video with the tent at the center of it all! It's the video below, check it out!