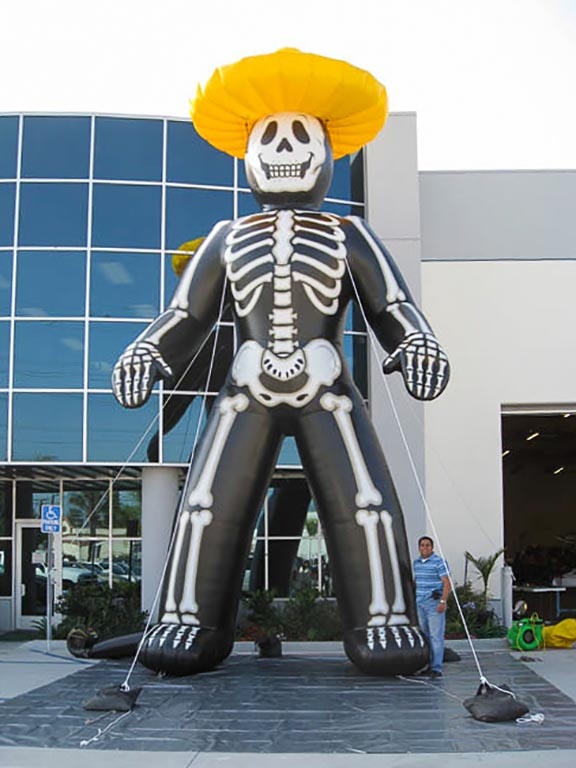 Death representation in Latin American countries, particularly in Mexico is one that holds a lot of history but unlike the fear-looking Grim Reaper, the skeleton representation of death in such culture is one that’s taken much lightly and often embraced with warmth, besides being personified and referred to as female. ‘La muerte’ or ‘La calaca’ are some of the most popular ways to refer to this skeletonian frame, pictured here, wearing a sombrero. Instead of fearing death, the people of Mexico celebrate and have integrated yet another national holiday ‘El Dia De Los Muertos’. This celebration takes the form of a religious ritual where people take to the streets in picturesque death customs and march along caravanas completely decorated with this same theme. They also light candles for the ones who are dead, make offerings and pray to ‘La santa muerte’ (the holy death) for a safe delivery to the afterlife. 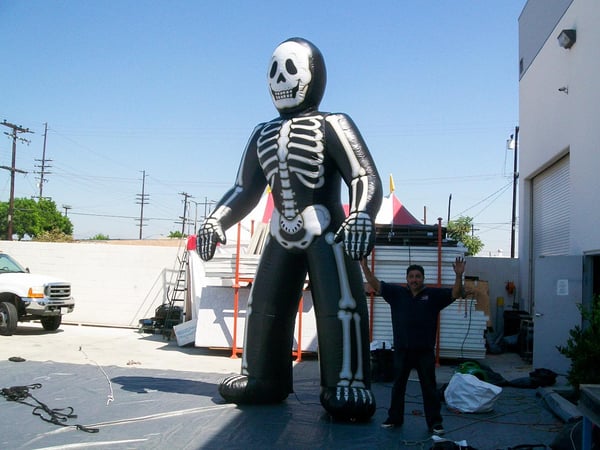 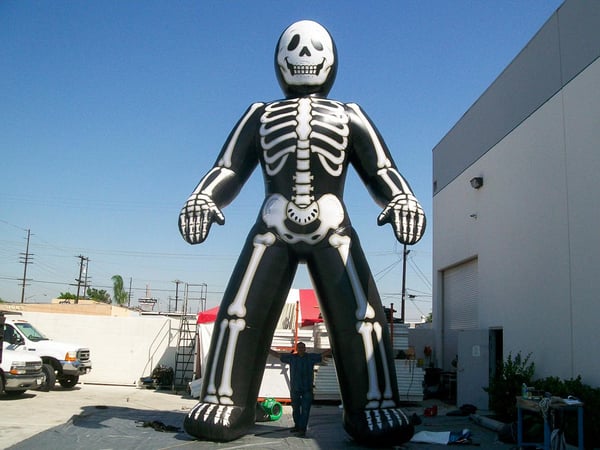 The skeleton is among the most popular halloween designs out there. You see it in costumes, cartoons and movies making appearances in funny skits as well as scary ones. So, since it's so popular we decided to create one in an inflatable version. Our final results were this large inflatable with a skeleton printed on it. The design has been very popular as of late that we have created many in multiple sizes for you to choose from and we even created a sombrero for some of the designs. The sombrero was a customer's request and they said they would be using it for a Dia De Los Muertos event.