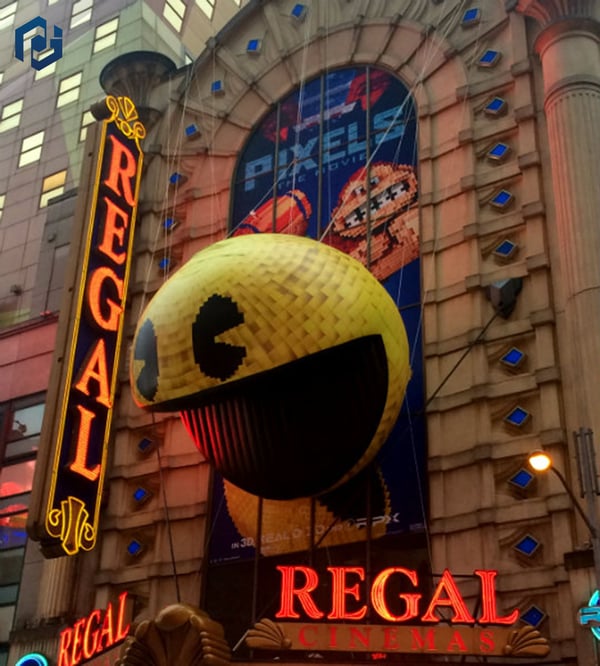 This stunning custom inflatable movie character was specifically made to be a representation of Pacman for the feature film Pixels. The inflatable was set up at the Regal cinema in New York just in time for the premiere. The inflatable Pacman appeared to be coming out of the poster, which was the intention. Our Promotional Design Group Installation team even flew out to New York to make sure the install went as smoothly as possible.

You can see the scale of the Pacman in the image below: 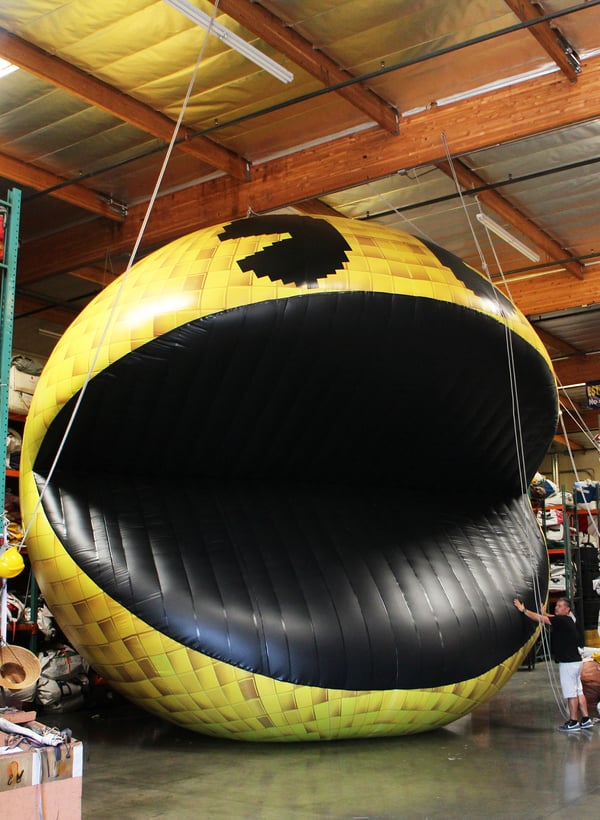 This particular inflatable character was created to look pixelated, but in order to achieve that look, a great deal of custom artwork creation was involved. Our talented inflatable designers took the time to make sure the the printed details would look like pixelated blocks. Each square that is visible on the surface of the inflatable Pacman was carefully placed with directional shadowing and color accuracy in mind. 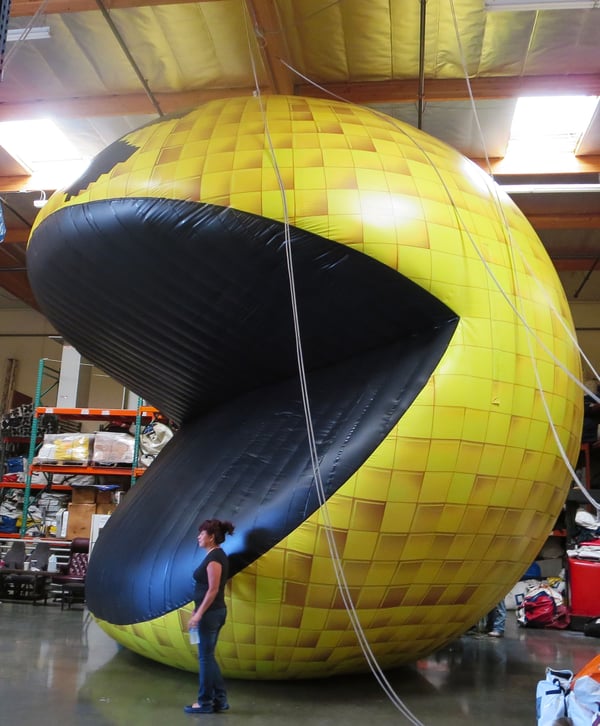 At Promotional Design Group, we like to make sure all our inflatables come out the best and toughest they can be to last in the unforgiving weather patterns that we've seen in America lately. This custom inflatable movie character was produced using top quality materials that are all commercial grade. Since we also coat our inflatables, they are also protected against scratching and fading.