Now that's a huge monster. In today's highly competitive world, in order to be recognized, you have to stand out. We are constantly bombarded with advertisements, whether it be on television, our computers, or social media. With so much information flowing through the internet and beyond, it's hard to remember every little thing we see, but a massive inflatable can like this Monster Energy Can will most likely imprint itself in your mind, especially if you see it in person. 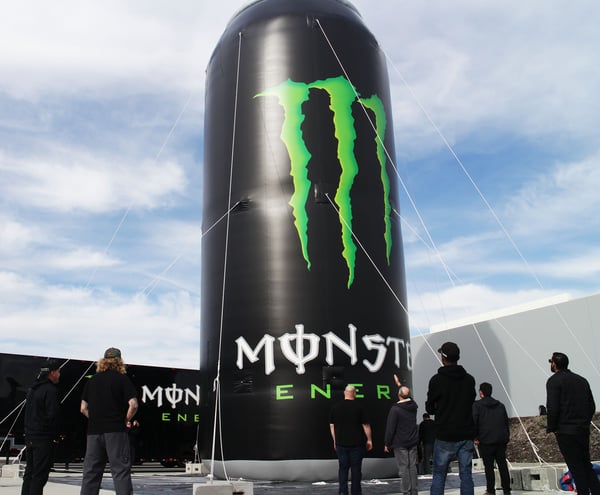 Talk about increased visibility... This gigantic inflatable replica was designed for one thing: maximum exposure. Well, we're pretty sure that's exactly what it did. In the image above, you can see some of the PDG crew doing some finishing touches on the sky high inflatable. 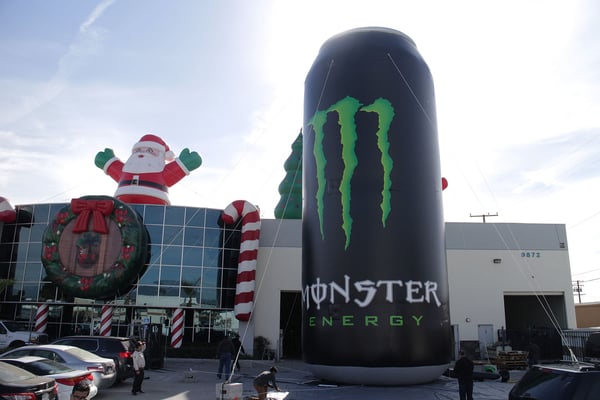 Even with huge inflatables, our print quality does not suffer. That's because we use state-of-the-art printers that are super accurate and only print in high resolution. So long as your artwork is vectorized, we can blow it up to infinity, and it won't lose clarity.