The adaptation of the Jack O’ Lantern in America’s second most popular holiday, dates back in history and its first recollections originates in Celtic culture. Irish urban legend talks about a guy called Stingy Jack, who played a trick on the devil and was condemned to forever wander the earth, armed with glowing ember to light the way. Jack placed the light into a carved-out turnip. In Irish folklore, spirits were believed to be mischievous and sometimes damage crops therefore, in order to drive away evil spirits they would start fires. The Celtic celebrated the merger of two worlds--that of the dead and that of the living and so they started to lit candles inside carved pumpkins to light the way for the good spirits. Hence why we now lit candles inside carved-out pumpkins and have named it Jack O’ Lantern. This adapted piece of rich historical symbolism can now be seen outside people's doorsteps in the form of a carved out pumpkin during Halloween season. Nothing screams ‘Halloween is here’ better than our inflatable Jack O’ Lantern. Find it in several inflatable sizes--the bigger the better! 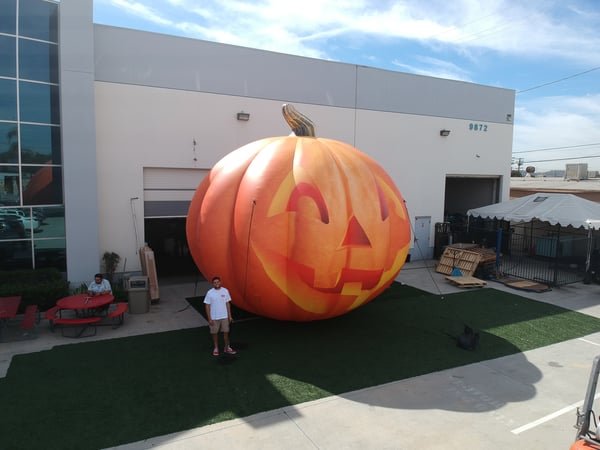 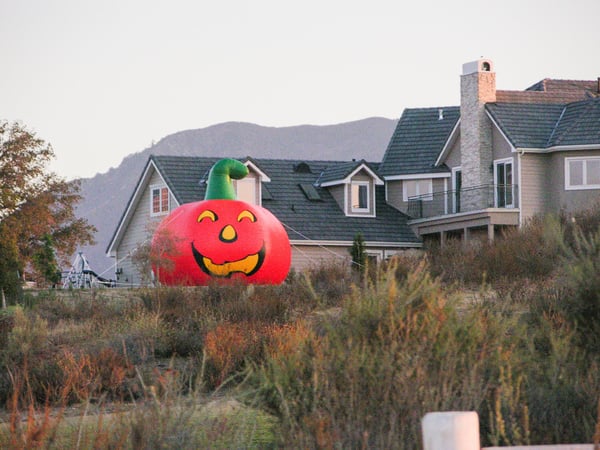 These large pumpkin inflatables are perfect for halloween. The carving of pumpkins is fun but can you find a pumpkin this big? Impossible and if you do, how expensive will it be? Impossible because the largest pumpkin ever was roughly 4x4x2.5 feet. One of the seeds to nurture and grow a giant pumpkin cost about $2000 alone. Yes, a seed. These inflatables are great because they offer a great big smile that you can use over and over and over again. Year after year it will be a great decoration with its timeless design. 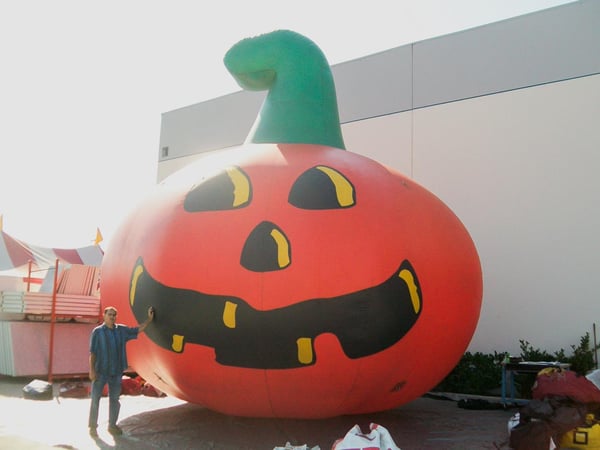