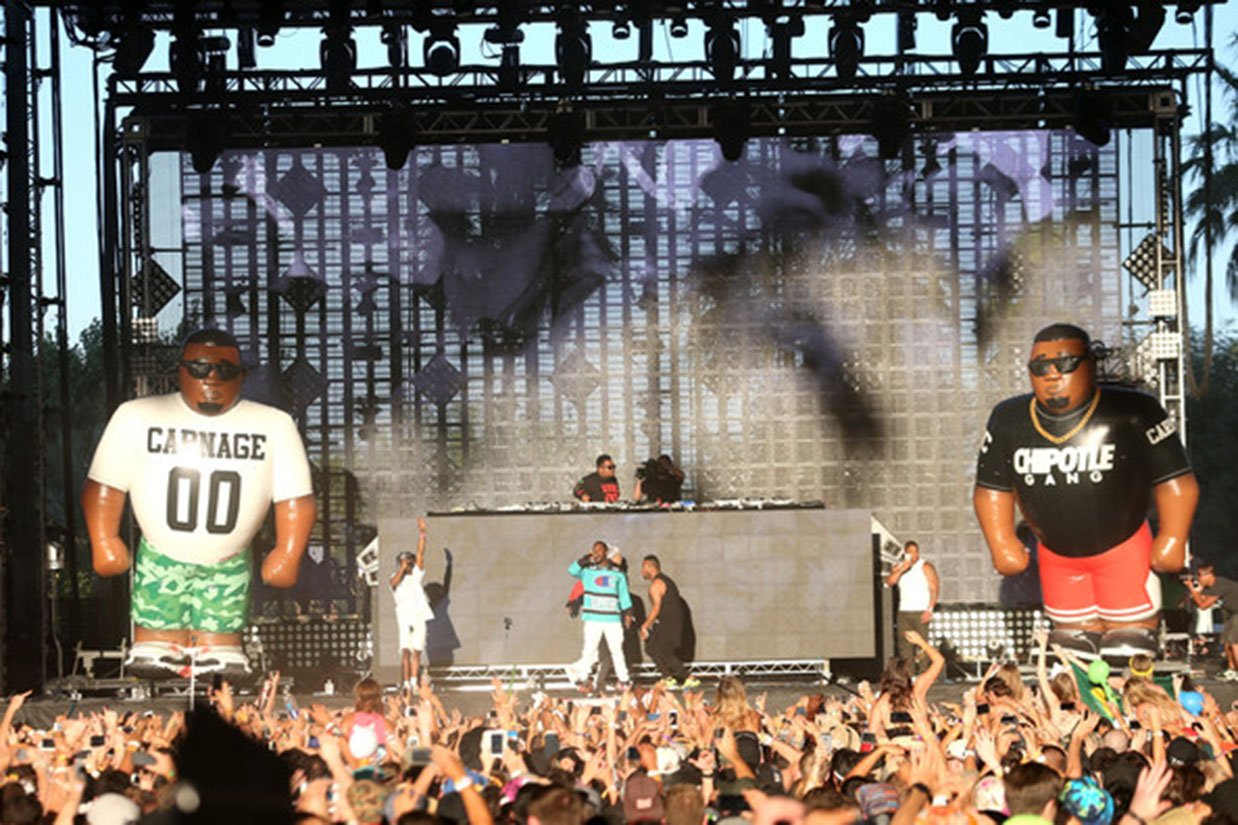 These custom inflatable stage props were designed to impress and that's exactly what they did. DJ Carnage wanted two larger-than-life representations of himself to be set up on stage when he performed, but he wanted them to be special. How special? Well, he wanted smoke machines blowing out of his ears and lasers coming out of his eyes. He also wanted the option of being able to set up without that extra equipment, like seen in the image below.

The image above was taken at Coachella, where DJ Carnage performed. Since his set was during the day, the lasers and smoke machines wouldn't have worked as well when compared to a darker set. 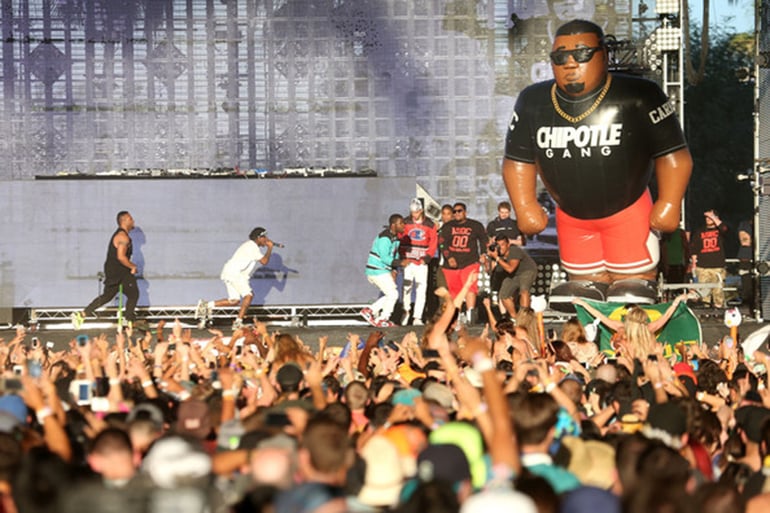 These 15' inflatable stage props might seem large and bulky, but since they're composed of mostly air, once deflated they're actually fairly compact in size. When you're touring around the world, you want to make sure that your equipment is easy to transport. The roadies are sure to appreciate the lightweight, yet durable construction and ease of set-up. The blower systems that we provide with each inflatable are also heavy-duty and can withstand days of continuous use. We provide quality you can depend on.